We see a lot of defensive behavior every day. Shaming, blaming, defending…all are a facet of the darkness within and the beliefs which many still hold which are flawed. The beliefs are flawed…not those who hold them. It’s easy to want to lash out against those who behave in ways that many find unconscionable. And yet, we are called to accept what is, before choosing to take action. A defensive action, statement or behavior is truly at the core of an unconscious belief that something must be defended; emphasis on unconscious. Most are not even aware that they are being defensive.

Something is said. Someone becomes defensive and reacts. That reaction is often words or behavior which are offensive to others. Bumping around unconsciously, one inflicts anger (fear announced) and the emotional charge for them is temporarily over. Or is it? Until the next time…

When we are unconscious, we behave like the pinball in a pinball machine – bumping into one of the bumpers. When a ball hits a bumper, there is a force that pushes it away. We react, unconsciously to something that someone says and then…the offensive behavior…the force of the ball hitting the bumper.

At this time in the evolution of our species and planet, we must begin to question everything we think, everything we believe and how we have come to think or believe as we do. Are these our original thoughts? Or were they taught, or inculcated as a consequence of continuous exposure? Are we buying into what we have been told or are we questioning what we have been told?

Vocabulary.com offers a pretty good thumbnail description of these two:

Although offense and defense are opposites, offensive and defensive aren’t always. Defensive can mean anxiously challenging of all criticism. Offensive can mean not just attacking someone or something, but belching, insulting people, or otherwise not respecting common standards of behavior.

In his book, This Things You Can See Only When You Slow Down, Haemin Sunim offers the following:

“When you attack someone, it is often because you are afraid.”

“A moral purist who is quick to judge others often fails to see the flaws within himself.”

“If I had to summarize the enemy of most people’s lives in a few words, it would be endless resistance to what is. As we resist, we are in constant motion, trying to adjust, and yet we still remain unhappy about what is.”

Be still and listen; make space for someone else’s comments or beliefs.

Let us remember the inherent wisdom in what the Creator gave us –  two ears, one mouth. 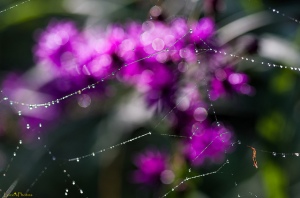 Humankind has not woven the web of life. We are but one thread within it. Whatever we do to the web, we do to ourselves.

All things are bound together. All things connect.

6 Comments on “defensive and offensive”

This site uses Akismet to reduce spam. Learn how your comment data is processed.